NASA’s New Horizons spacecraft was launched into the space on January 19, 2006. The New Horizons mission will help us understand worlds at the edge of our solar system by making the first reconnaissance of the dwarf planet Pluto and by venturing deeper into the distant, mysterious Kuiper Belt – a relic of solar system formation.

On July 14, 2015 the spacecraft –which was 7.5 billion kilometers from Earth, achieved the closest approach to Pluto. Among the pictures sent so far, it has been observed Charon, the main satellite of Pluto, as big as the planet itself. The gravitational influence between both makes always the same face each other are displayed. In October 2016, when the agency has all the material gathered, many details of the planet and its satellite will be known.

Video and photographs of NASA. 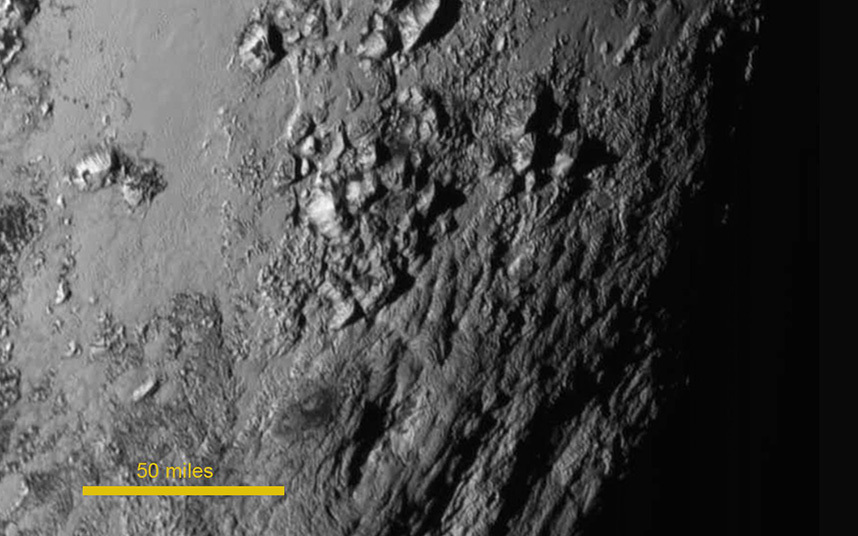