«Papirobiologia»: dinosaurs, mammals, insects and reptiles made with paper

Today is the 206th anniversary of the birth of CharlesDarwin 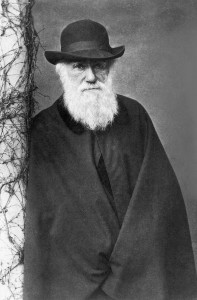 Darwin, a naturalist’s voyage around the world

On the basis of Charles Darwin’s book “Narrative of the Surveying Voyages of His Majesty’s Surveying Ships Adventure and Beagle” (popularly known as ‘Voyage of the Beagle’) the Centre National de la Recherche Scientifique of France has prepared a dossier of multimedia animations with 14 stages which illustrate and explain the route followed by Darwin around the world.

The Manuscripts Department of Cambridge University Library holds nearly the entire extant collection of Darwin’s working scientific papers and mainly   Charles Darwin’s Evolution Manuscripts, which are being published online at the Cambridge Digital Library.  These documents are organised into two parts, which will be released in two instalments: Creation of the Origin of Species (November 2014) and Darwin’s Evidence (June 2015).